As most of you know I have started going back to school. One of my classes is my speech class, which is an 8 week course. I am in week 5 and I have been kicking butt. Getting A's and doing really really well. Then today I realized I had a date wrong and I missed the deadline for 2 assignments! :( I am so very disappointed in myself. That is 40 points I have missed, 50 total. So now no matter how hard I keep trying I will not get the A I was so sure I was going to get. I still plan on doing my best but am very disappointed that I messed up so big. I guess I have to forgive myself and just keep moving forward and try not to forget so often anymore.
A. Berry
Posted by QCMama at 1:46 PM 1 comment: 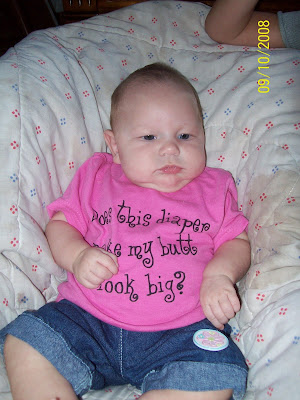 Thanks to The Angel Forever for showing me all the fun that comes with Wordless Wednesday! Check back next week for more wordless fun. :)
A.Berry

Comment and I’ll give you a letter. You’ll then have to list 10 things you love that begin with that letter. After that, post this meme in your blog to give out letters of your own.

I got given the letter R

Thanks to The Angel Forever who sent me the letter R to begin all my fun.
Posted by QCMama at 4:57 PM 1 comment:

So, for the first time in wow, I don't know how long, probably at least since high school. I went on a date! It was a blind date with my friend's 'insulation guy' yep that is all I knew him as, ' T the insulation guy' my friend thought it would be a great idea to set me up. She promised me that he was a 'hottie' and really nice. Since I have a tendency to attract losers, I hoped she would have better luck. :) So T and I talked for about a week on the phone and online then decided to meet. I was so very nervous, but my face hurt from smiling. Friday night came and we talked and he said he'd call for directions, the clocked ticked and ticked and I thought I had been stood up... But I was not. :) He came up to the door met my aunt and the princess, who btw was having a bad day and was really sad that I was leaving but I convinced her she would be fine and we were off. He even opened the door for me! I have never had that done for me before! I was very impressed! Oh and my friend was right, TOTAL Hottie! I apologized for my daughter and said she was having a bad day, and he offered to reschedule! How sweet is that. So he asked where I wanted to go and since I never get out I told him I didn't know and he said that was exactly why I need to pick, cause this was MY night out. WOW, I didn't know how to respond. So I picked a mexican restaurant and we had a very nice dinner and talked about ourselves, And you know I didn't talk about my kids all night long, which is what I usually tend to do. Then we went out for drinks. He was so nice and we have so much in common. I really hope to be able to go out with him again. He said he did too. Then yesterday we texted all day he wanted to meet up again after he got back in town, but I fell asleep. :( So I guess we'll see what happens today.
So that is my big news for the week, Oh and that I ACED my speech! I was really proud of myself, I am doing really good in school. I guess that's what happens when you go because you want to and not because you feel like you are supposed to.
I will update later and let you know if I hear more from T the insulation guy.
A.Berry
Posted by QCMama at 11:03 AM 1 comment: